The following contributors got their Debian Developer accounts in the last two months:

On this day February 14th, Debian joins the Free Software Foundation Europe in celebration of "I Love Free Software" day. This day takes the time to appreciate and applaud all those who contribute to the many areas of Free Software.

Debian sends all of our love and a giant “Thank you” to the upstream and downstream creators and maintainers, hosting providers, partners, and of course all of the Debian Developers and Contributors.

Thank you for all that you do in making Debian truly the Universal Operating System and for keeping and making Free Software Free!

Send some love and show some appreciation for Free Software by spreading the message and appreciation around the world, if you share in social media the hashtag used is: #ilovefs.

Arduino is back on Debian

The Debian Electronics Team is happy to announce that the latest version of Arduino, probably the most widespread platform for programming AVR micro-controllers, is now packaged and uploaded onto Debian unstable.

The last version of Arduino that was readily available in Debian was 1.0.5, which dates back to 2013. It's been years of trying and failing but finally, after a great months-long effort from Carsten Schoenert and Rock Storm, we have got a working package for the latest Arduino. After over 7 years now, users will be able to install the Arduino IDE as easy as "apt install arduino" again.

"The purpose of this post is not just to announce this new upload but actually more of a request for testing" said Rock Storm. " The title could very well be WANTED: Beta Testers for Arduino (dead or alive :P).". The Debian Electronics Team would appreciate if anyone with the tools and knowledge for it could give the package a try and let us know if he/she finds any issues with it.

With this post we thank the Debian Electronics Team and all previous contributors to the package. This feat would have not been achievable without them.

Today, the Debian website displays a new homepage. Since the most recent web team sprint in March 2019, we have been working on renewing the structure, content, layout and scripts that build the site. There has been work mainly in two areas: removing or updating obsolete content, and creating a new homepage which is more attractive to newcomers, and which also highlights the social aspect of the Debian project in addition to the operating system we develop. 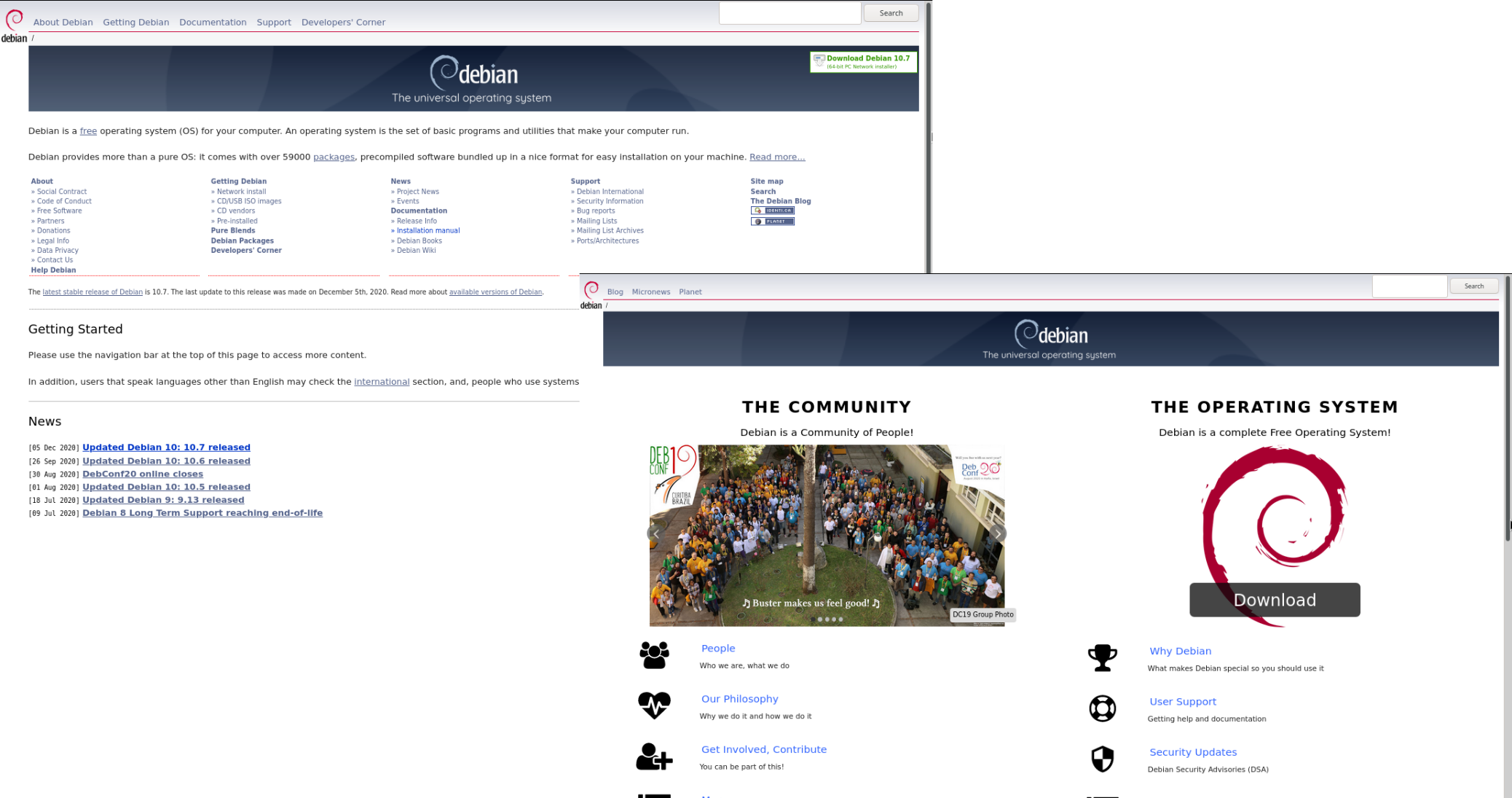 Although this took longer than we would have liked, and we don't consider this new homepage final, we think it's a good first step towards a much better web site.

The web team will continue to work on restructuring the Debian website. We would like to appeal to the community for help, and are also considering external assistance, since we're a small group, whose members are also involved in other Debian teams. Some of the next steps we expect to walk are improve the CSS, icons, and layout in general, and review of the content, to have a better structure.

If you would like to help, contact us. You can reply to the version of this article (with some more details) published in our public mailing list or chat with us in the #debian-www IRC channel (at irc.debian.org).