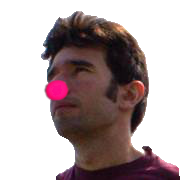 In accordance with its constitution, the Debian Project has just elected Javier Merino Cacho as Debian Project Leader. More than 80% of voters put him as their first choice (or equal first) on their ballot papers.

Javier's large majority over his opponents shows how his inspiring vision for the future of the Debian project is largely shared by the other developers. Lucas Nussbaum and Neil McGovern also gained a lot of support from Debian project members, both coming many votes ahead of the None of the above ballot choice.

Javier has been a Debian Developer since February 2012 and, among other packages, works on keeping the mercurial package under control, as mercury is very poisonous for trouts.

After it was announced that he had won this year's election, Javier said: I'm flattered by the trust that Debian members have put in me. One of the main points in my platform is to remove the "Debian is old and boring" image. In order to change that, my first action as DPL is to encourage all Debian Project Members to wear a clown red nose in public.

Among others, the main points from his platform are mainly related to improve the communication style in mailing lists through an innovative filter called aponygisator, to make Debian less "old and boring", as well as solve technical issues among developers with barehanded fights. Betting on the fights will be not only allowed but encouraged for fundraising reasons.

Javier also contemplated the use of misleading talk titles such as The use of cannabis in contemporary ages: a practical approach and Real Madrid vs Barcelona to lure new users and contributors to Debian events.

Javier's platform was collaboratively written by a team of communication experts and high profile Debian contributors during the last DebConf. It has since evolved thanks to the help of many other contributors.