26 years ago today in a single post to the comp.os.linux.development newsgroup, Ian Murdock announced the completion of a brand new Linux release named Debian.

We are home to a community of thousands of users around the globe, we gather to host our annual Debian Developers Conference DebConf which spans the world in a different country each year, and of course today's many DebianDay celebrations held around the world.

It's not too late to throw an impromptu DebianDay celebration or to go and join one of the many celebrations already underway.

As we celebrate our own anniversary, we also want to celebrate our many contributors, developers, teams, groups, maintainers, and users. It is all of your effort, support, and drive that continue to make Debian truly: The universal operating system. 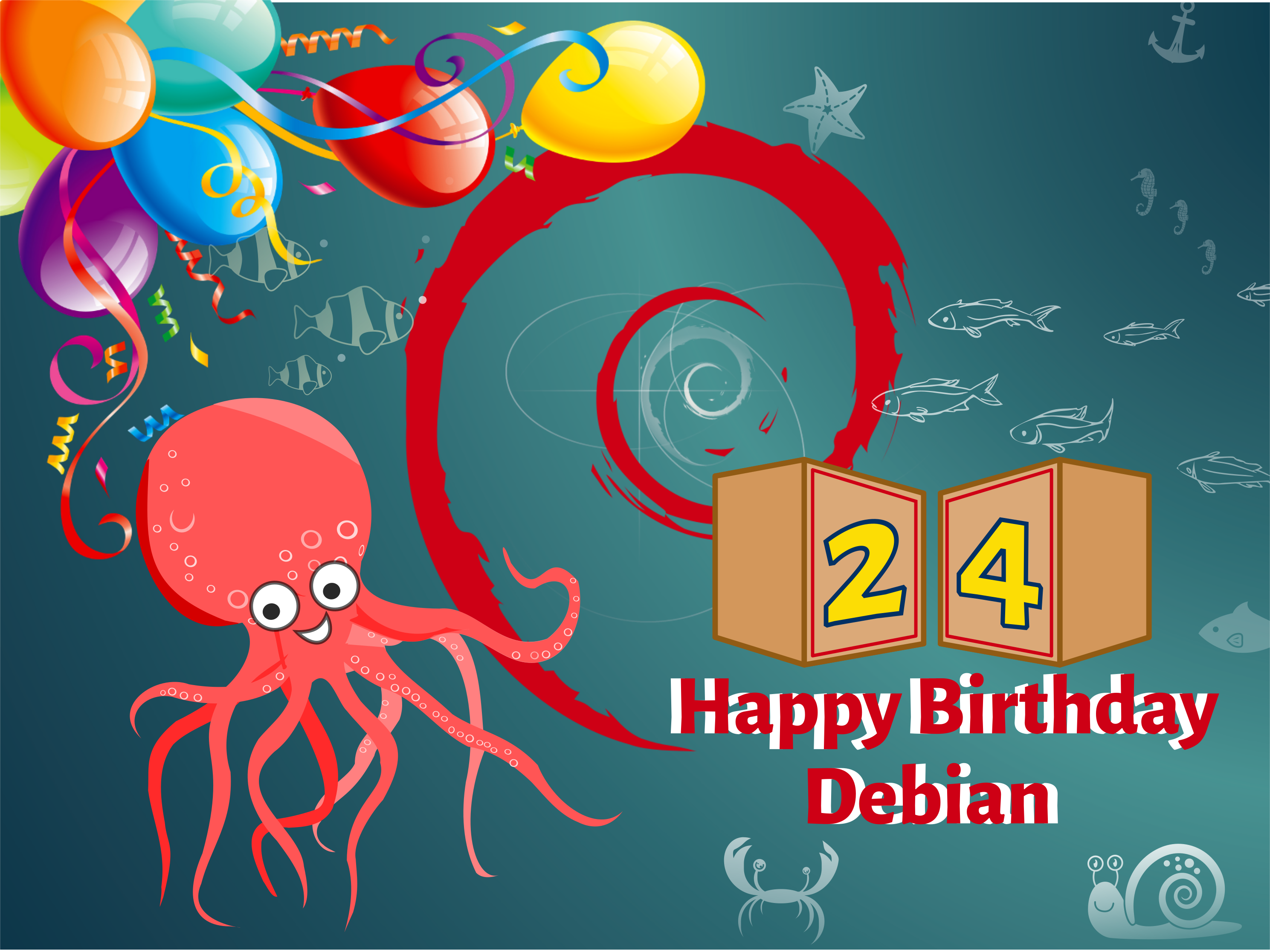 Today is Debian's 23rd anniversary. If you are close to any of the cities celebrating Debian Day 2016, you're very welcome to join the party!

If not, there's still time for you to organize a little celebration or contribution to Debian. For example, you can have a look at the Debian timeline and learn about the history of the project. If you notice that some piece of information is still missing, feel free to add it to the timeline.

Or you can scratch your creative itch and suggest a wallpaper to be part of the artwork for the next release.

Our favorite operating system is the result of all the work we have done together. Thanks to everybody who has contributed in these 23 years, and happy birthday Debian!

Sorry for posting so late, we're very busy at DebConf15!